"Will no one rid me of this turbulent priest," lamented King George II, complaining of his erstwhile confidant Thomas Becket during a swanky dinner party in the King's Castle.  The ears of four Knights perked up and the next day they road to Canterberry and assassinated the "turbulent priest. 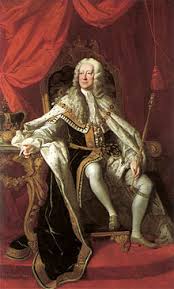 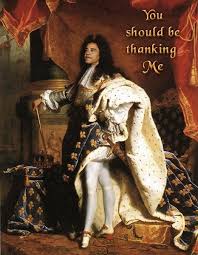 Now President Obama pleads ignorance, contending the first he knew of the IRS effort to target conservative groups that applied for tax exempt status was when he heard the story reported in the news.  Preening ignorance of that magnitude is truly difficult to attain; especially when one is the chief executive officer in charge.  Remember the contention, trumpeted on the front pages of the New York Times for months on end that Abu Graib and the abuses there were the result of a "tone set at the top" by the Bush administration.  Is the Chicago Way a similar tone?  Let's take a peek at a couple of interesting articles on the topic.  Up first, Kim Strassel's "The IRS Scandal Started at the Top" and later we will review a piece from the Chicago Tribune that explains the Chicago Way, and why in a post Watergate world politicians that wield sufficient power need not make phone calls or send memos to make the lives of their political enemies miserable.


Mr. VanderSloot is the Obama target who in 2011 made a sizable donation to a group supporting Mitt Romney. In April 2012, an Obama campaign website named and slurred eight Romney donors. It tarred Mr. VanderSloot as a "wealthy individual" with a "less-than-reputable record." Other donors were described as having been "on the wrong side of the law."

This was the Obama version of the phone call—put out to every government investigator (and liberal activist) in the land.

Twelve days later, a man working for a political opposition-research firm called an Idaho courthouse for Mr. VanderSloot's divorce records. In June, the IRS informed Mr. VanderSloot and his wife of an audit of two years of their taxes. In July, the Department of Labor informed him of an audit of the guest workers on his Idaho cattle ranch. In September, the IRS informed him of a second audit, of one of his businesses. Mr. VanderSloot, who had never been audited before, was subject to three in the four months after Mr. Obama teed him up for such scrutiny.

Next up John Kass, writing in the Chicago Tribune, "The IRS Scandal, How I Learned the Chicago Way" a particularly insightful, if chilling description of the inner workings of Chicago Machine Politics.


The Internal Revenue Service scandal now devouring the Obama administration — the outrageous use of the federal taxing authority to target tea party and other conservatives — certainly makes for meaty partisan politics.
But this scandal is about more than partisanship. It’s bigger than whether the Republicans win or the Democrats lose.

It’s even bigger than President Barack Obama. Yes, bigger than Obama. It is opening American eyes to the fundamental relationship between free people and those who govern them. This one is about the Republic and whether we can keep it.
And it started me thinking of years ago, of my father and my uncle in Chicago and how government muscle really works.

Because if you want to understand The Chicago Way of things in Washington these days, with the guys from Chicago in charge of the White House and the federal leviathan, there’s one place you start:

And that my friends is how you keep honest hard working American's out of politics.  The strategy has been successful for years in places like Chicago and Detroit - with predictable results - and President Obama brought the game to Washington D.C.

For an live real-world example of the Chicago Way writ large on the national stage just read the story of Catherine & Bryan Engelbrecht and the intrusive investigation they and their company, Engelbrecht Manufacturing suffered at the hands of the IRS, the FBI, ATF, OSHA and the Texas arm of the EPA after Catherine had the gall to involve herself in politics.  The Chicago Way writ large!  This is chilling and beyond unacceptable.

The Chicago Way on Display in Texas