Vicarious Success - Are you a Vicar? 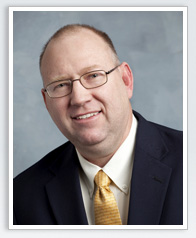 This blog post borrows from the Five Laws of Stratospheric Success set forth in the form of a parable in The Go-Giver by Bob Burg and John David Mann. And Regular readers know what a sucker I am for a good parable.  For proof look no further than Katy's Castle and my most recent post Of Scorpions and Frogs. Accordingly, readers will find it unsurprising that I read The Go-Giver the same day I received it from my friend Jennifer Lanzetti at Cn3D Construction and put it in the mail to another contact the same afternoon I received the book from Jennifer.

But not before I converted the key lessons into an easy to remember acronym, VICAR.  And that's what gives rise to this blog post.

The Five Laws of Stratospheric Success set forth in The Go-Giver lay out a great path to success.  Below, I've re-order those rules to fit around the acronym VICAR, and added a twist.

After reordering the laws I also renamed them.  My name for the Five Laws of Stratospheric Success is the Rules for Vicarious Success.  The root word in that new description is  the term VICAR.  A Vicar, pronounced "Viker" with a short i, not a long i, was, originally, the “Agent of the Church” in England. Embedding the Five laws of Stratospheric Success in the term "VICAR" flips traditional notions of "vicarious liability" on their head.

Below are the 5 Rules of Vicarious Success as extrapolated from the The Go-Giver.

Leveraging and sharing great ideas is a central tenant of the the The Go-Giver. Accordingly, I encourage readers to link to and share this blog post.

Advocates of building information modeling (BIM) and integrated project delivery (IPD) know the technology works.  It's the cultural piece that's broken.  So how do we fix it.  We create a smart built culture.

So why talk about Scorpions and Frogs?

That's a key piece of the puzzle.  You cannot have a smart built culture if stakeholders kill each other.  And that's what happens when a Scorpion asks a Frog for a ride.

For those unfamiliar with the fable of the scorpion and the frog, here's a summary.

The scorpion approaches the frog and says, "Frog, can I hitch a ride across the lake?

The frog, relaxing along the shore line says, "Not no, but hell no!  Why would I carry a scorpion across the lake?  You'd sting me and I'd die." 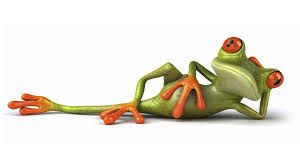 The scorpion responds, "Frog, why would I do that?  If I sting you you'd die and I would drowned.  Why would I sting you if that means I'll die too?"

The frog, thinking it over, says "Ok, load up.  I'll carry you across the lake."

The scorpion climb's on the frog's back proclaiming, "Thanks frog, I really appreciate you help.  You won't regret it!"  The frog slides into the lake and starts the long swim to the far shore.  Halfway across the scorpion's stinger begins to quiver .... and suddenly he strikes, driving the stinger deep into the frog's back.

The frog screams, " ARRRGGGH, YOU FOOOOL!  YOU'VE KILLED US BOTH!  YOU IDIOT! WTF WERE YOU THINKING?"

The scorpion gazed across the broad calm waters of the lake.  Winking at the frog, the scorpion says, "It's in my nature."

Then the scorpion and the frog sink beneath the water.

Let's talk about that next.